It seems I have a fishing partner!

I recently got back into fishing – after a cool mini-adventure with my brother up in the Coromandel. When we got back we both commented that we should do it again. Myself, I got a little bit by the bug.

Since then, I have been (as is in my nature) soaking up as much as knowledge as possible, assembling a bit of kit, and headed off early in the morning to explore some land based fishing!

My big girl (6) actually indicated she would be interested in headed out with me one morning – so – a couple of weeks ago, we got up early and headed out to the wharf. As it turns out, that day, the only fish we got was the chocolate one on her fluffy – however – a little too my surprise – she said she wanted to head out again, and who was I to argue!

Getting a setup for her…

While I didn’t really need to, I figured she might enjoy having her own fishing rod. Most the rods I had inherited and bought were around the 6 foot mark – and while some are light, I thought a shorter, even lighter rig might make things a bit more fun for her.

After scouring the internet, I decided to take a big breath and just get a ‘kids’ setup – while I didn’t have an issue with getting something a bit ‘pricer’ – it also dawned on me that, 1 – she might suddenly go off it, and while I could use the gear for other jobs, she also 2 – might drop, smash and otherwise total the kit. Which is fine. Especially when it’s a set just for her and priced accordingly! 😉

So – I got in touch with one of the lads from Marine Deals – and popped in for a chat! Because it’s a small world, Alex from Marine Deals, as it turns out, had recently been up to Balnagown for a hunt with his kid and father!

I hadn’t realised just how big Marine Deals was. From its beginnings (by my understanding) as an online-only store based in a garage, it has, well… grown. I was given a brief glimpse into the inner workings – and well… the showroom (huge) is dwarfed by the warehouse out back (hugerer) focused on the online sales.

I had one stipulation from the little lady – she wanted something in red. I am glad not everything needs to be in pink. It’s been a conscious and intentional avoidance for a bit. Though, if she asked, I wouldn’t have had that much of a problem with it.

Anyhow – after a quick chat, we settled on a simple Shimano setup.

A simple combo of the Shimano Sienna Spincaster on a 4ft(ish) Kidstix. Simple, cheap, and man does that rod like like it can take some punishing!

While I was there, I also bumped into Mark from Ocean Angler – another wealth of knowledge! So – armed with a few new tips, some new kit the mission was on!

The actual intent was to head out to Stillwater Wharf. Which. As it turns out – isn’t on any map and is a little confusing in regards to location. I found the fishing club there – but signs indicated that it was private use – so figured it couldn’t be the wharf people had told me about. If you know where this is – please go get in touch. I lived in Stillwater for a time, a bit of a hermitage in a bach – so would be keen to find it and fish it!

As it was, I located another spot and we headed over to Weiti Wharf – nice little place, lots of current (note – bigger weights next time) – but – most importantly – some fish for the girl to catch.

We started on the small baits – Sabiki Rig – which, as it turns out – was still oversized for the size of the bait fish that were actually present. I have lined up some tiny rigs for the future – and quickly learning that appropriate hook size is one of the biggest factors in getting in the fish you want.

I switched from the Sabiki to the simple dropper rig and started casting out into the middle of the river for her. Hits straight away. Pretty much we got to the point where every cast brought something in for her.

She out fished me. Enough that she actually started to suggest maybe she could give me some tips on catching something. 😉

Unfortunately, all the Snapper we caught were undersized. She understood the reason to through them back though – commenting – “Well, that’s ok, I am just happy I get to catch something!” – atta girl!

After the first couple of retrieves, I explained couldn’t take photos of everything – as we needed to get the little fish back into the water with the minimum of fuss. I also increased the hook size – which – pretty much stopped hook up immediately – still plenty of nibbles – but we stopped bringing in the little ones.

We spent the next hour or so casting, getting our bait eaten, but not catching many fish – so – towards the end, I switched back to a smaller hook – just so we could finish her day with bringing in a fish. Yes. Undersized, but it went straight back, and she left with a smile on her face!

If you are catching a lot of small fish, consider a bigger hook. Or, if sea fishing, a bigger sinker to get that hook down below the smaller, likely higher in the water table fish.

Don’t stuff around. These things belong in the water. Also, if you can, wet hand, or even better, wet towel to minimise damage to the fish’s scales.

A big container of water in the back of the truck is great for washing hands, and shoes when you get them covered in burley.

I went looking for info – and this video is just chock full of good tips. Even for general fishing – the bead tip for the kid’s rods is phenomenal! 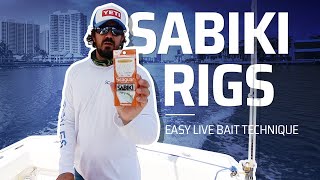 Previous articleStarting to sort the recovery rig…
Next articleGet the dog!
Kerry Adamshttps://thebloke.co.nz
A constant learner with an inquisitive mind, Kerry created The Bloke as a way to share what he was learning from the community of experts he found himself surrounded by. Precision Shooter and GunSafe soon followed. Somewhere along the line, he picked up one or two things himself. But don't call him an expert.

Organised a fish for the Easter Weekend. It seems to be the done thing in Auckland (based on the number of boats out there)...