I don't get out hunting as much as I...
Read more

Before we get to far into this - lets...
Read more

Editing on the computer is something I can get...
Read more

A T-Bone steak is cut from the short loin of a cow. You end up with a large ‘T’ shaped bone. On which one side is essentially Eye-Fillet and the other Sirloin – also known as Porterhouse. In the United States a Porterhouse is actually a larger version of the T-Bone, which includes more Eye-Fillet.

It’s value for money – T-Bone is much, much cheaper than eye-fillet or sirloin even though it is both an eye-fillet and a sirloin. It can be up to 30% cheaper but why is that?

In major supermarkets in New Zealand, meat is priced by how much labour goes into preparation – that is, the more time a butcher spends working on it, the more it costs. So by leaving the meat on the bone, there is less work involved, and therefore, it is less expensive.

So, provided you can deal with meat on the bone (with it’s own advantages, up next), it’s a good deal.

Meat on the Bone.

As with meat on the bone, the general consensus is that the marrow, connective tissue and bone casing all impart flavour into the meat and assist in maintaining moisture. The reality is though that this only really applies to large cuts (whole joints etc) and small cuts (chops, ribs) cooked using wet methods such as braising. With dry cooking methods for small cuts the difference between on and of the bone is minimal, other than that it helps to maintain the shape of the meat. – Jason McGeorge

How to cook a T-Bone

Again, everyone is going to have their own theory on this – and to each their own. I like to keep things simple. Take the meat out – let it get to room temperature (here is an interesting alternative theory – cook it frozen). Season it. Again, I keep it simple – olive oil on the meat, rubbed in with a bit of salt and pepper. Note – oil on meat, not pan.

Heat up your pan. Get it to the point where a drop of olive oil is just starting to smoke. Yes, I know, in the photo below, the pan really is too small for the meat – they need room to ‘breathe’ – but, T-Bone’s are big. That is actually a rather large cast-iron pan you are looking at.

There is no need to fuss around while cooking meat – it just needs to be cooked. Leave the meat there, cooking, until it develops some colour. But I am carbonising my meat! You say. Well yes. That’s exactly what you are doing. It’s also creating flavour (another upcoming post). Make sure it has some colour in it before you flip it over. Then leave it again.

Time to let the meat chill, relax for a bit.

Cooking meat is stressful. Especially for the meat being cooked. The heat causes the flesh to essentially tighten up, and unless you give it some time to relax it’s going to end up tough. So, again, simplicity. Wrap it up in some tin foil, and finish preparing the rest of the meal, pour a glass of wine, crack open a beer. Just let that meat relax a bit. It’s worth the wait!

What should I do with the juices?

There will always be some juice left over when you unwrap the meat again. For a start – it’s not actually blood. Here is a quick use – heat up the pan you cooked it in again, plate the meat (put it on a plate), then pour any remaining juice back into the pan. Add a touch of red wine, maybe a bit more salt, cook (reduce) for a minute or two, then pour it back over the meat. Viola. Instant red wine jus!

And there you have it. Simple, fabulous – extremely satisfying. The T-Bone Steak. The best bit is, without fail, whenever I cook it, my partner can’t finish hers. So I always end up with what really equates to 3 steaks to eat for dinner.

It is said that we eat too much meat in the traditional New Zealand diet. I would tend to agree. We don’t have to have meat every single meal – it’s not how our ancestors would have eaten, and it’s not that good for us. However, occasionally, it’s good to have a meal like a Neanderthal – and gorge ourselves on meat, maybe just with a nice red wine to go with it! 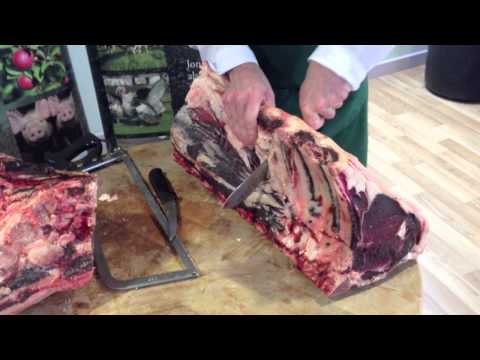 But, how do I know when it’s cooked right?

Being that this article is all about simplicity. Just cook it more! The more you cook meat, the better feel you get for how you like it cooked.