The Steiner T5xi range of scopes may just cure one of the most stupid mistakes a long-range shooter can make. 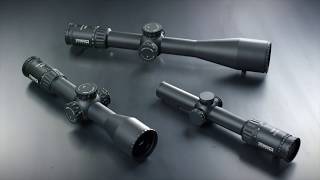 After the first time…

I saw it two times in one day, and then did it myself the next.

A shooter lines up the target, dials, squeezes the trigger, and no-one sees anything remotely close to an impact. After another shot or two… troubleshooting starts.

The shooter checks, and lo and behold, one entire rotation out.

I then watched another shooter do the exact opposite. He forgot to dial around then add on for his long shot, resulting in an impact several meters below target.

The Steiner T5Xi series of scopes (and the M series for that matter) totally remove that as a potential error. Because they have the actual numbers change on the dial as you move up to your second rotation.

Yes, many scopes have dial rotation indicators on them. Either simple lines that appear beneath the turret as you get skyward, or, like my old Vortex Razor HD, a little knob that pops out the side of the scope. Both of which tend to get ignored when the shooter is focusing on the shot.

Sure, you should be zeroing out your turrents after each stage at a field shoot, much like you should return the zoom to the minimum. But we all forget occasionally, and in a competition is just results in a ribbing from your squad, but on an animal, the first shot sailing over or under could also mean an opportunity lost. It can be removed as a variable/potential for error – so why wouldn’t you?

The Steiner T5Xi – a whole lot of scope

The T Series of scopes from Steiner is the ‘mid-range’ series – adding ‘tactical’ features like exposed turrets to the Hunting Range, add the changing numbers on top of the P4Xi range, but still sitting below the mighty Military MXi line. The lads at Beretta NZ were kind enough to loan me a 3-15×50 to have a play with.

I was really interested in the Steiner Range, as, through their parent company, they do share technology with Burris, so the T series (and M) are available with the SCR Reticles – a reticle I have grown fond of (however, potentially now supplanted by the MSR II in the M5Xi and M7Xi) as an alternative to the EBR7B in the Vortex AMG. However, I do notice the optical difference between the XTR (Burris) and AMG (Vortex) – could the Steiner be the bridge between the two?

I have been selling the Burris XTR 3-15 on the CTR Crossover systems – this could a worthy upgrade.

The 3-15 is touted as a ‘medium-range scope’ – with a 34mm meter tube, compact design and parallax setting down to 25 yards (rimfire, anyone?). This is a First Focal Plane Scope, and the one I got had the SCR Illuminated reticle in it.

I had a Bergara HMR that has been giving me a bit of trouble – so was keen to isolate rifle and scope – I replaced an existing scope with the Steiner, using the also new Steiner Rings – with a nice blue level (that you can easily see when behind the rifle). Mounting was easy enough, and we popped out to zero and spend the day shooting the rifle with the scope on it.

As it turns out, the issue we were having was due to baffle strikes on the suppressor. Can off, the scope zero’d easily, with the clicks, unsurprisingly doing exactly what you expected it to do.

I was reminded one reason I do like the 5-25 scopes so much now – I did struggle a little to see the impacts on target – this was partially due to the target itself (I like my Shoot-N-C’s these days) – but also having a bit more zoom (or a spotter with a reticle) – would make the process a lot quicker.

Resetting the turrets was as simple as loosening two allen screws and returning the dial to ‘0’. Which makes me a little confused, as I had read online that this was a bit of a challenge to some?

I am not sure if they were refering to another model, or really just had no idea what they were doing…

The throw lever that Steiner supply is a nice touch – and this, combined with nice, crisp turrets makes the rifle nice to use.

I did find I occasionally dialled out the Ocular Focus once while moving the (again supplied) Scope Tenebraex covers, but, this isn’t a major, because that’s all set once and forget. And the scope covers are head and shoulders above the ones that Burris, or even Vortex Supply.

I am looking to replace the supplied covers on my AMG with Tenebraex, so it was nice to see Steiner just did it properly in the first place.

Basically, the fit and feel of the whole scope is excellent. No grizzles there.

Again, clicks are nice, that dial indicator on the turret is awesome, and the thing just does what you want it to do.

We had a couple of Vortex Scopes on the line – PSTs, my AMG, a Burris XTR and the Steiner T5Xi.

Things get subjective here, obviously, but to my eye – the quality went –

Burris XTR (3-15), Vortex PST II (5-25), Steiner T5Xi (3-15), Vortex AMG (4-24). Which, though slightly confused by the magnification, also relates closely to price. It really does seem to be a case of you get what you pay for. The most challenging one to differentiate between was/is the T5Xi and the AMG. The AMG is considered the pinnacle of the Vortex line, so that’s really where I was paying the most attention.

All show a bit of Chromatic Abrasion. However, I am yet to look through a scope that, to my eyes, doesn’t.

I would (and intend to) like to compare the T5Xi, the AMG and the M5Xi all next to each other – as I think that could be a bit more enlightening.

So. Where does it fit in?

As a phenomenal crossover scope – and one I will likely be offered as an option on the CTR rigs we provide to customers.

While I personally like the extra reach of a x25 scope, for general to longer hunting duties – this is a really nice option. Big tube, lots of light coming in, but still not a behemoth of a scope.

I have the T5Xi 5-25 coming to me shortly to more directly compare to my AMG. So I will have more to say then, I am sure.

Previous articleTeam Optimistic Shooters AAR and Beers.
Next articleLast Update for 2018?
Kerry Adamshttps://thebloke.co.nz
A constant learner with an inquisitive mind, Kerry created The Bloke as a way to share what he was learning from the community of experts he found himself surrounded by. Precision Shooter and GunSafe soon followed. Somewhere along the line, he picked up one or two things himself. But don't call him an expert.

The Sako Carbonlight remains one of my favourite lightweight factory guns. It's build quality is phenomenal, its function sublime. While I get to setup and shoot a vast array of firearms, I am always happy to see a Sako turn up, because, with the right ammo, it is going to shoot! This 6.5 Creedmoor was no exception.
Ballistics

Shorter distances, bush hunting under 100 meters, maybe in a pinch out to 200, you can utilise systems like Maximum Point Blank Range, or...
Optics

It makes sense - it's a 5-25 - surely that's a long-range scope! Well. Not really. You see, there is a really big gotchya with this scope.