What is a PLB?

A PLB is an electronics device that is designed specifically to be used as the last resort when all other avenues have been exhausted and you are in grave and imminent danger.  Its use will result in a search and rescue response if you need it.

How do I active a PLB?

Using a PLB is simple – they are designed to be used in moments of high stress, and potential injury. In the case of most PLB’s – you simply pull off the cover, let the aerial unwind, and push the button.

A couple of pointers for setting up, carrying and using a PLB

Make sure you register your PLB before you go out with it.
It is a regulatory requirement to have your PLB registered.  Each PLB carries a unique identifying code that is associated with your personal details, emergency contacts and other information. It is very important that this is kept up to date. Updating is easy, simply go over to www.beacons.org.nz and register it online. You can also update details there – for example, if you move, or if you sell your beacon to someone else.
Know how to use it.

PLBs are simple devices, but you should at least have looked at and understand the instruction manual before heading out with it. You cannot practice using a PLB, but it really isn’t rocket science and using the test function will assure you that the PLB is at least in working order.

Carry it on your person, not in your pack.

If you need it, you want to have access to it – and the simple fact is that in certain situations, dumping a backpack is a reality. Put it in a pocket, not down in the bottom of the pack.

When you active the unit – try and have open space above you and around you – this will give the unit the best chance of contacting the multiple satellites above you. Make sure the aerial is facing the right way (up) and that it’s not covered or obscured in some way. For example – do not active it inside a hut, or right under a heavy tree canopy, if you can help it.

Once activated – leave it on, leave it alone.

Once you have turned it on, the signal is going out that you need help. If you then turn it back off, for example, having somehow accidentally activated it, the process is already underway – and you need to either get in touch with the local Rescue Coordination Centre or Police to let them know it was a false alarm, or hunker down, and wait for the help to arrive.

So, how do they work?

When you activate your PLB, the GPS section of the unit starts searching for GPS satellites in order to obtain a GPS location. Simultaneously, the unit starts transmitting a 5-watt signal on 406MHz, firing off its unique identification code and your GPS location into the stratosphere to two separate waiting dedicated search and rescue Satellite Systems – LEOSAR and GEOSAR.

LEOSAR – the Low Earth Orbit Search and Rescue satellite system is a network of satellites constantly moving around the earth in a pattern that covers the entire planet on average, every ninety minutes. Because these are constantly moving, they can hear and then locate the PLB using a phenomenon known as Doppler Shift.

As it passes overhead, the sound that the satellite picks up changes in intensity and frequency as it gets closer, peaks when closest, and then fades back away. By recording multiple points, the satellite can determine the location of the source of the transmission.

This significantly narrows down the potential location of the PLB and also remember; at this point, the unit may also be sending up an encoded GPS location which is combined with the LEOSAR’s tracking and forwarded on.

Running alongside the LEOSAR is the GEOSAR, or, Geosynchronous Search and Rescue System; another, a separate network of Satellites located over the equator that remains in a relatively stationary orbit around the earth, and will essentially pick up any activated 406 MHz beacons nearly instantaneously if they can see you PLB.

The GEOSAR isn’t able to pinpoint location like the LEOSAR can, however, again remember that your PLB is likely to be sending up GPS coordinates, which are collected by the GEOSAR and send onwards.

At this point, it is likely that both a LEOSAR and GEOSAR satellite are sending your potential location, GPS coordinates and the fact you are essentially calling for help onto a LUT, or Local User Terminal. The Local User Terminal then forwards the alert to the appropriate Mission Control Centre.

The Mission Control Centre is where your unique PLB identifier is processed and then sent to the appropriate Rescue Coordination centre where this information is matched with your contact information. It’s at this point, that a picture starts forming of both where you are and who you are. This is also why it’s important that you make sure you keep your contact details up to date, for example, if you move, or even if you sell your unit. All this information is bundled together, and now a SAR response is initiated by the Local Rescue Coordination Centre. In New Zealand’s case – RCCNZ is based in Lower Hutt, and is part of Maritime New Zealand. These are the people who start working through your emergency contacts and will coordinate local resources and Search and Rescue in order to get help out to you.

Now, the SAR team sent out to get you have a fairly close approximation as to where you will be. They have a location from the LEOSAR, probably a GPS location, and finally, your PLB will also be sending out a 121.5MHz homing signal – a signal the team can use to follow in, right to where you are located.

There you have it. Multiple methods of getting your message out there, and purpose designed for one thing, and one thing only – act as a dedicated device of last resort. That final call for help.

I get about 2 or 3 PLBs back every month for checking and refurbishment after activation. I am yet to get one that has been on for longer than 2 hours, so rescues are pretty quick. The fastest helicopter response I have heard of was 45 minutes. – Alan Bright, Bright Ideas LTD 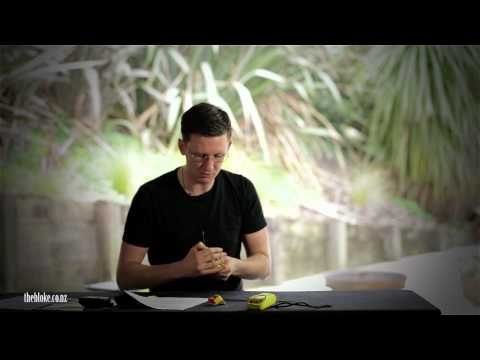 So, a quick comparison between a couple of different options that people look to when trying to carry some form of backup communication.

While we are told the coverage is increasing on these units, I personally seem to lose reception on my phone the moment I get to the carpark, let alone a couple of hours up into the hills.

Battery power on them is the second issue – while many of the new Smartphones now have GPS built it, they also tend to have a battery lifespan of close to nil – certainly not enough to rely on in the case of emergency.

For a more traditional cell phone, or satellite phone – one major issue can be the fact they don’t inherently give you your location – and it’s quite possible that you may not be 100% sure where you are when you need to use them.

Finally, try dropping most phones into some water – they simply aren’t made robust enough for the potential conditions you may find yourself in, in an emergency.

While this one should be fairly obvious – most GPS units (like my Garmin ETrex 30) are only receivers – that is, they can tell you where you are, but they can’t transmit your location back out. So you will know where you are – but your rescuers won’t.

There are several different types of system out on the market now – commercial units often based on subscription services and the like.

What is very cool about these units, is that you can use them as a communications device as well as a rescue device – sending ‘all is good’ messages as well as emergency messages.

However, they inherently have a few issues.

Generally, they will be on commercial frequencies and are limited in their power, compared to a PLB.

Remember the fact they are commercially based, this is compared to an established, multinational government based system that is there for the sole purpose of rescue.

Remember, none of these other systems are able to utilise the LEOSAT and GEOSAT satellites, and very importantly, they are not able to transmit the 121.5MHz homing signal – a very important aspect of locating you, should you be in a hard to find area.

More than likely, you will actually end up carrying several communications devices, but here is my personal opinion. If you want to carry a method of communicating with the outside world while you are on the trail – a phone, a messenger system is a way to go. However, if you want to be carrying a dedicated, specialised final ‘call for help’ – then a PLB is the way to go.

Previous articleGPS – The Garmin eTrex 30
Next article9 Tips for Dealing with Buck Fever
Kerry Adamshttps://thebloke.co.nz
A constant learner with an inquisitive mind, Kerry created The Bloke as a way to share what he was learning from the community of experts he found himself surrounded by. Precision Shooter and GunSafe soon followed. Somewhere along the line, he picked up one or two things himself. But don't call him an expert.