Your 2020 definitive guide to getting your New Zealand Firearms Licence.

The process of applying for your New Zealand Firearms Licence is easy. Learn the steps, get started here and get shooting!

Why would you want a Firearms Licence?

I have learnt, over a few years, that the reasons for a new shooter to get a firearms licence is as varied as the owners themselves. People from all age groups, races, religions, social economic groups and more own and use firearms regularly.

However, there are three core (and one extra) reasons people decide to undertake the path to responsible firearms ownership.

Certainly, for the majority of firearms licences issues in New Zealand, the main reason is to purchase and use a firearm as a tool for the hunting of animals. Though, the actual reason people hunt is varied and wide and includes…

Hi there. Want to read the rest of the article?

Cool. Quickly register for free and you are good to go.

While I don’t like the idea of payment gateways – I figure swapping out free content for a semi-regular email update from me seems to be a fair deal.

No junk mail, no spam, simply join the crew and get instant access. Many thanks!

There is a healthy, and growing sports shooting community in NZ as well. Many disciplines are small enough that you may not be aware of them – but just do a little digging, and you find something that appeals.

I personally got into the path of firearms ownership via hunting, but quickly diverted into competitive pistol shooting for a couple of years before returning back to the long-guns (rifles) and headed into long-range field shooting competition.

Check out our comprehensive resources page to find out more!

There is also a large community of both antique and modern firearms collectors in New Zealand. This is probably the most controlled class of firearms ownership, with very strict controls in regards to traceability and security. But, if you are driven to build a collection of pre-WWII personal sidearms from a specific region in the world, for example, you can do it in New Zealand.

And, of course, plenty of people just enjoy owning and shooting firearms. It’s a great hobby, that anyone (anyone fit and proper to do so) can get into easily.

Who needs a firearms licence?

Anyone who wants to legally own and use (without supervision) firearms in New Zealand needs to have a Firearms Licence. Unlike some other places in the world, New Zealand licences its population to own a firearm. Once deemed fit and proper, we can go out and purchase firearms as we like. With some exceptions (some firearms require additional endorsements) most firearms are owned through this process.

If you are interested in checking out and maybe even shooting a gun – I strongly suggest you get in touch with a local club (check out our resource list here) – most are more than willing to get you out and have a go. If you are in Auckland – get in touch with me ((kerry@psnz.info, 021 2900 333)) as I am more than happy to help facilitate interested parties in having a go.

It should be noted that airguns are covered under firearms law – there are age restrictions that require a licenced holder, and not everything can be owned. I don’t claim to know all the details – I would suggest you consult with the Police or your local airsoft/paintball/airgun club on that one.

Who can get a firearms licence?

Anyone over the age of 16 can apply for their New Zealand firearms licence.

Visitors to New Zealand, who are planning on staying less than a year, are recommended to instead apply for a visitors licence.

In July/August 2018, the process of applying and obtaining a New Zealand Firearms Licence changed. Until then, there had never been a practical component of the firearms licence testing. Now, it is a combination of a theory test (understanding the law) and a practical course (showing basic firearms handling competency).

Essentially though, when you apply for a licence, you will be assessed for your suitability to own and use firearms. It’s a big responsibility. As I often say to people, firearms owners are some of the few people in New Zealand that have officially been recognised as ‘fit and proper people’ by the New Zealand Police and Government.

You are reading this on the internet, so, it’s not a far stretch to suggest you can also download the form from here, print it, and fill it in. Then you need to pop into a PostShop, pay the licensing fee and get a receipt. The cost of a new firearms licence is $126.50, with endorsements being another $204.

Get some passport photos, drop in the application

The photos have the same requirements as a passport – many chemists will be able to help you out here. You need two of them. Then, take the application form, the receipt of payment, the two photos and pop into your local police station. You will also need three forms of ID (passport, birth certificate, driver licence, photo ID, credit card/bank card) at least one of which will need to have a photo of you on it.

The police will undergo a background check to ascertain if you have any major issues or history that may preclude you from having a firearms licence. Once this is done, they will send you a letter to let you know all is well and its time to go through the Firearms Safety Program.

This is where the new system diverts from the previous. There are two parts. A theory test and a new practical assessment.

Download, or get a copy of the New Zealand Arms Code from your local police station. Study it, learn it, memorise it. While to be blunt, you won’t need to retain all of its contents – the theory test is a test of your understanding and comprehension of that document. Then, pop over and go through an online quiz to see how you are getting on.

The Seven Rules of Firearms Safety

From 1 March 2019, the Firearms Safety Course will be a three and a half hour session delivered by firearms instructors from the New Zealand Mountain Safety Council at venues across the country.

Once you have received the confirmation letter from the Police (having already submitted the application) then you can pop over here and book – https://www.firearmsafety.org.nz/

30 minutes to answer a multi-choice scratchy. It’s easy, if you have read the Arms Code.

If you don’t get it done the first time around, after the course, you get to try again.

Fail again, it’s noted, and you likely need to sit down with an Arms Officer and have a chat.

The firearms practical training course is a two-hour session delivered by firearms instructors from the Mountain Safety Council ((I am one of them – if you book in Point Chev in Auckland, you are likely to meet me there)) at venues across NZ.

The point of this training is to give you some hands-on time with firearms, and an opportunity to learn and practise the basic, core safety principles in regards to handling firearms.

Once you have passed the theory test, you can pop online to book your course – it’s a fairly straightforward process – but feel free to get in touch if you have any issues.

When you turn up (be on time!) you will need to bring:

The course will take approximately two hours and cover off:

Nearly there! Now for the interview.

The final step in the process is the interview with a Police Arms Officer. At this time, they will also check your security measures are in place.

Remember, don’t panic. The person that comes out to see you will be just that. A person, a fellow human being. Treat them as such. They have likely heard every answer that anyone could come up with already. It’s their job to ascertain your suitability to own and shoot firearms. They are nice folk, doing there job. Offer them a cup of tea or coffee, make them comfortable, and you will have no issues. Go into it defensively, and don’t be surprised if you get an equal reaction.

A lot can be said about Gun Security – and it’s important to recognise New Zealand has some of the best requirements in the world. However, can I please request you go above and beyond – and don’t just do enough to scrape through. If you have to ask ‘is it enough’ – then it probably should be better. Just IMHO, of course.

After you get your licence

This should just be the beginning of your journey into firearms training and education. By that, I mean, you should seriously consider getting in touch with a local club or organisation and go and learn more from experienced people. Even if you have already handled firearms (in another country, growing up, in the military) – there is plenty to gain and understand about the local culture by joining a club.

Pop over here to get a list of clubs, organisations and more that you may want to find out more about.

I personally, currently have my A, B, D, E licences. I may end up with an F, but don’t think I will get a C. Despite kinda wanting to just so I can claim the whole alphabet. But, what do they actually mean?

I would suggest, just focus on your A initially – it’s a separate process for the endorsements – and while I do encourage people to get into competition shooting – let’s take it one thing at a time aye. 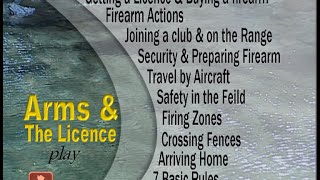 1. Treat every firearm as loaded 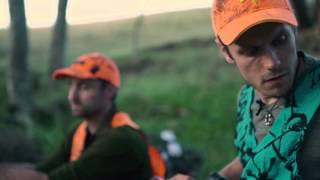 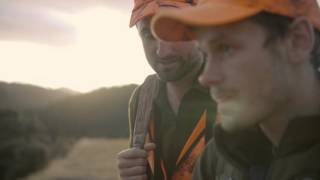 3. Load a firearm only when ready to fire 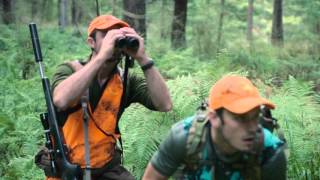 4. Identify your target beyond all doubt 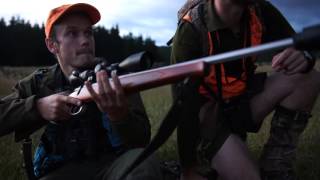 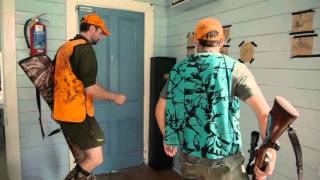 A couple of FAQs

Firstly, thanks for the awesome response in regards to this article. It’s appreciated – and lets me know I am on the right track.

A couple of questions have come up more than once – so I thought I would clarify where I could – these answers are put out there under collaboration with the NZ Police – but – like all things – you have to understand there are exceptions, and without me understanding the entire situation, it’s hard for me to give definitive answers sometimes.

Win a 5-year subscription to The Bloke!

Hello from here in metric land. Weaponised Math (with an s, not z).

What is a Gun Chronograph?

How do I renew my firearms license?